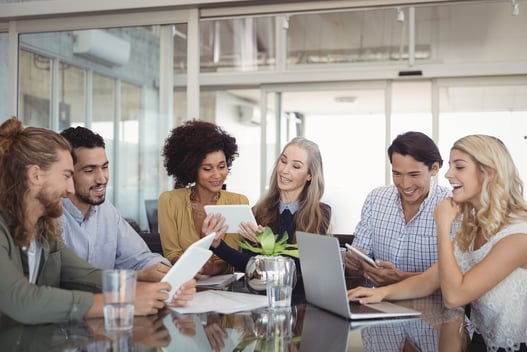 What Millennials Actually Want From Employers

Millennials are expected to represent 75% of the world’s workforce by 2025, more than tripling their current standing. Their rise is both inevitable and unavoidable and, as annoying as it may be to some people, it’s difficult to deny that millennials represent the future.

It’s important now for the working sector to embrace this generation, taking on board exactly what they look for when it comes to work. Lauren Greschner, event head of Millennial 20/20 Australia, states that a millennial’s mindset is one “driven by authenticity, connection, creativity, trust, convenience, and digitalization.” Employers need to act on this knowledge, especially when trying to develop their talent pool.

Over the years, millennials have been given a somewhat unfair reputation. Joel Stein, a journalist for Time magazine, once famously described them as “lazy, entitled narcissists,” basing his claims on some fairly questionable statistics.

However, it isn’t just laziness that millennials get branded with. They have also garnered a reputation for disloyalty, hopping jobs whenever they get bored, and displaying a poor work ethic. Claims such as these appear fairly unwarranted though, with evidence actually suggesting that the opposite trends are true.

As Brett Cenkus once said, “millennials aren’t entitled, they’re empowered.” Their desire to get more out of life seems to be the cumulative effect of a constantly evolving, technological world.

Commit to Leaving the World a Better Place

A recent report found that millennials want businesses to focus on making a societal impact, instead of concentrating on their own agendas. The report, known as the 2018 Deloitte Millennial Survey, featured over 10,000 millennial-aged participants across 36 countries. It focused on ascertaining the opinions of millennials, to analyze how confident they are with business leadership.

The report effectively showed that millennials are not confident with today’s business leaders. Of those interviewed, many stated their desire for ‘leaders to more aggressively commit to making a tangible impact on the world.’ Millennials want to work for businesses which prioritize social issues and support ‘good causes.’

Research also shows that working long hours does not necessarily result in extra productivity and improved results. Millennials – the tech-savviest generation – understand this as well, which is why traditional office norms, such as ‘the badge of honor’ for leaving the office last, come across as slightly alien to them.

This outcome correlates with another finding from the Deloitte report, where millennials were shown to favor ‘freelance flexibility.’ This effectively means that millennials prefer working for companies who offer flexible working options, rather than companies centered around more traditional, rigid, office-based structures.

Another aspect that millennials particularly value is the working environment itself.

It’s important to millennials that their work atmosphere is as positive as possible. Otherwise, why would they want to come to work? Put yourself in their shoes. Would you rather work in an office where there are sociable people, fun things to do, and the day flies by? Or would you rather work somewhere that’s deadly silent, where you’re never challenged, and you can’t wait for the working day to be over?

Having a sociable working environment is something many millennials particularly value. In fact, according to the CBRE Group’s Millennials: Myths and Realities report, 21 percent of the 20,000 people surveyed said that they would take a longer commute if it meant working in a better atmosphere. Another seven percent said they would take a modest pay cut for the same reason, highlighting just how important the working environment is to a millennial’s job satisfaction.

Millennials would rather do a job they genuinely like for less money than a job they hate for more. The Deloitte report again supports this, finding that millennials value job satisfaction over salary.

There is a widespread belief that millennials are disloyal, hopping from one job to another with no regard for longevity. However, this claim also doesn’t seem to hold true. Millennials tend to move on more quickly from jobs because they’re either not being challenged enough or because they are unable to develop professionally. Also, due to the rise of the internet, millennials are now able to source and access jobs a lot quicker than previous generations could, so they are able to use this ‘safety net’ to their advantage – sourcing jobs they feel they could be better suited for.

That said, research actually seems to suggest that millennials prefer changing jobs as infrequently as possible. In fact, 62 percent of the 20,000 people surveyed in the CBRE Group report stated that they would rather stay in a role, so long as it provided them with enough opportunity to gain advanced skills.

This outlook is hypothesized to have surfaced as a result of 2008’s financial crisis. Many members of the millennial generation had to live through a time of high unemployment rates and student debt, so they understand the importance of having and saving money. This is especially true when it comes to investing, as millennials tend to be more concerned about having a pension or savings plan than previous generations were.

Another component to the millennial mindset comes from how well they are managed at work. Millennial employees want to feel both looked after and challenged. By showing an interest in their development, via weekly one-on-one meetings, managers can help millennials feel more at ease in their jobs.

Employers should also strive to incorporate social media into their business model. As research proves, using social media effectively can not only lead to increases in business revenue, but it can also help attract more millennial-aged candidates to the company. Reports show that millennials value company culture as the second most important factor when deciding whether to apply for a job or not. Therefore, if an employer is anti-social media, or doesn’t know how to use it effectively, millennial employees are less likely to want to work for them.

While the millennial generation is often touted as obsessed with social media, they’re actually experts as to how to use it effectively. Utilizing their level of expertise at work will not only help them to feel more valued, but it will also help businesses to stay popular online.

Today, social media not only contributes to the economy by way of job development and growth, but 39% of brands spend between $25,000 and $50,000 per year on influencer marketing alone, according to a 2018 Linqia survey. And this all rolls into an estimated $117.4 billion in overall media spend annually. That’s pretty impressive for a marketing channel that didn’t really exist when millennials were born.

More and more companies are starting to act on this, realizing just how important social media can be in the workplace, too. With the rise of employee advocacy, employers are giving employees a structured outlet in which to share on social media company-supported posts. Used effectively, social media can increase workplace productivity, encourage collaboration, and help with wide-scale market exposure.

While some employers may still have concerns that allowing social media use will only encourage employees to spend time on Instagram or messaging their friends, those worries are misplaced. A report by IBM actually found that baby boomers were the most likely generation to do this while at work, rather than millennials.

It’s easy for businesses to see the rise of the internet as both a threat and an opportunity. In order to stay successful, employers should understand that millennial employees have superior technological expertise, and this is something that needs to be nurtured rather than underutilized.

Love it or loathe it, millennials are taking over the workforce. With that transition, it’s important for businesses to move forward in order to meet the needs of their employees.

By providing flexible working conditions, or having the option to either work in the office or at home when required, your millennial workforce will appreciate the effort. Emphasis also needs to be put on creating a positive workplace environment, encouraging staff to stay with your company. One of the best ways to achieve this is by having a more social team, with a focus on prioritizing some company hours or efforts for societal good or wellbeing.

Millennials may come across as an arrogant, entitled generation of lazy, smartphone-obsessed employees but, looking at the research, that doesn’t seem to be a fair assessment. Millennials can offer a business many things, from innovative ideas to technological know-how, but only if they are nurtured in the right way. With the right guidance, support and working environment, millennials could be our most important generation yet.

This article was written by Dakota Murphey. All opinions and views are her own. 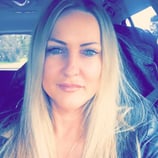 Dakota Murphey has over 10 years of experience in employee engagement and business growth. Dakota enjoys sharing her knowledge and experience through her writing. Find out what else she's been up to over on Twitter: @Dakota_Murphey. 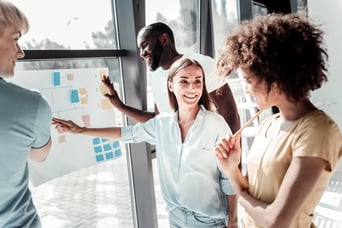 Creating a Culture of Sharing 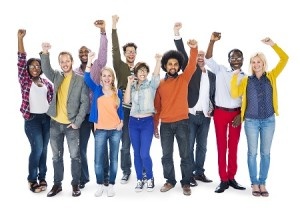 The Company Culture You Need For an Employee Advocacy Program