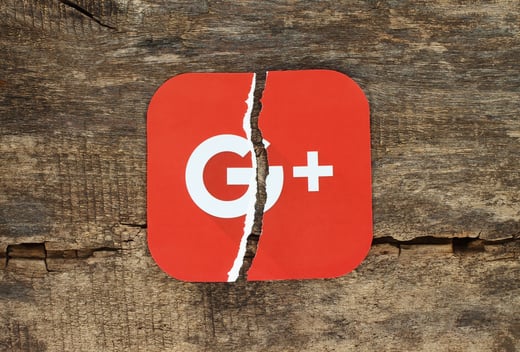 The Rise And Demise Of Google+

The consumer version of Google+ will sign off on April 2.

Google made this announcement at the end of January and advised users to download any photos or other content they have on the site before it’s deleted.

No one is surprised to hear this news since Google has made its intentions clear for months. The company said back in October it planned to shutter the social platform by the end of August. But in December, Google hastened its plans when it revealed an API update exposed the personal information of over 52 million Google+ users to outside developers. Although the company said there was no evidence of a breach, it decided to shut down the social platform four months sooner than originally planned.

So what went wrong? When Google+ launched in June 2011, it was backed by a great amount of money and talented software engineers at Google, so why couldn’t it take off? What prevented it from ever truly competing with Facebook?

Was it because Facebook simply had a seven-year head start?

Well, no. Instagram only launched a year before Google+ and Snapchat started three months later, so it’s not about which came first.

“The reason is the usage and the lack of vision,” said Ray Hiltz, Director of Digital Marketing at i24 Call Management Solutions and a former Google+ Specialist. “It was an excellent platform, but it just wasn’t marketed properly.”

The lack of advertising of Google+ and the complexity of its interface led to a lack of user engagement, Hiltz said.

When Google announced its plans to shut down Google+, it cited a lack of user engagement and privacy issues in an API update. But privacy issues alone might not be a major motivating factor to end Google+.

The reason Google+ is shutting down and Facebook isn’t is because of the difference in user engagement. Google revealed in October that 90% of user sessions on Google+ lasted less than five seconds. Google+ might have fewer privacy concerns around it than other platforms, but it might not be worth Google’s focus and resources to keep it afloat.

Google+ never had close to the user-base of Facebook. In 2012, Google said its social platform had over 500 million users, making it the fastest growing social media platform of all time. This would be quite the achievement had this number been reached organically, but this number was inflated.

Google treated Google+ as an overlay to many of its other services including Gmail, Hangouts, and YouTube. For example, if you wanted to write a comment on YouTube prior to 2015, you had to have a Google+ account. At the time, you also needed a Google+ account to use Gmail.

It’s easy to see why so many people signed up for Google+ in order to use many of Google’s popular services, but the results speak for themselves. A 2015 study conducted by Eric Enge of Stone Temple Consulting found that 90% of profiles on Google+ had never posted anything before.

Despite its lack of user activity and its upcoming closing, Google+ certainly has its benefits.

When it first came out, Google+ drew in users who were in the software and tech industry. People liked that its an open source platform and it offers much more customization capabilities to group followers and interests than other social media platforms do. There are no ads, and it syncs extremely well with other services in the Google ecosystem. Because of this, videos from YouTube and pictures from Google Photos look exceptional on Google+ feeds.

“Google poured tons of money into the platform,” Hiltz said. “The formatting is much better, and you can personalize posts more. Those are huge benefits. In terms of a platform, I strongly believe it killed everybody else.”

The problem was all the options for customization made it a bit overwhelming to some users and a bit too complicated of an interface. These same users could pick up Facebook’s interface right away.

“When it was still a new toy, people went to check it out, but they didn’t stay that long because it wasn’t familiar,” Hiltz said. “First adopters would hop on Google+, but others came on and didn’t see all the people they know, so they went back to Facebook.”

At the end of the day, Google+ wasn’t going to take on Facebook, and that’s why Google decided to move on. When a social media platform is too complex and struggles to organically draw in users, it leads to a lack of user engagement.

Despite the resources behind it, the story of Google+ has come to an end.